A downloadable Guimoove for Windows

This project was made for a minigame exercise, in a bunch of weeks.

It's a very rough prototype for a possibly cleaner game, but at the moment it's pretty unpolished, and many features are rushed. So if you like the idea behind the controller maybe leave some feedbacks, so I can know if I work on an eventual bigger, cleaner game with this controller, or if I trash this !

But this was also made with love, for the story is full of marshmallow... Guimauve in french, giving the game it's name.

Guimoove's family. Those are unplayable "characters" tho

The most important in an unpolished prototype, the story :

Guimoove, our hero, was a little teddybear living with his family. His color was pink, and his heart was pure.

However, one night, he was captured and sent to a mysterious candy factory, which wanted to experiment on Guimoove to turn the teddy bear... Into a gummy bear.

However, after a failed experiment on his body,  Guimoove achieved a state between the teddy and the gummy, capable of stretching and sticking his body to other sticky, candy stuff.

He used these new skills to screw the factory over, but sadly, as in every evil guy's lair, there's, like, a big saw going forward. Guimoove will have to use his new skills to evade from the factory.

Moving around won't be THAT easy.

Click on Guimoove, drag him to move him on a candy point, then drop him. That's all. Then repeat, as fast as you can.

Appreciate the omnipresent splurt sounds his gummy body makes when sticking to points.

As you drag & drop him, Guimoove's body stretches, along with his hitbox. Apologies for the lame schematics.

Yeah, well the screen's moving, so you'll have to call huge tracking FPS skills to always keep the mouse on Guimoove to select him. No fake, it's a good training for reflexes and aim.

I don't have much to say except, well, have fun. If you want.

Extract the zip, then execute the executable. Yes, those are probably the best instructions you've ever seen. Next time i'll try to put jokes in it but you know i'm sick and tired and- did I already said to you that you'll hear some splashy-splurt sounds in this game ? 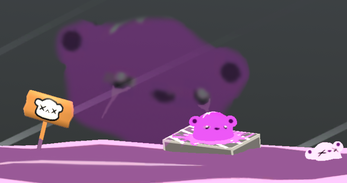 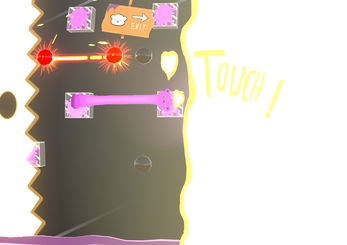 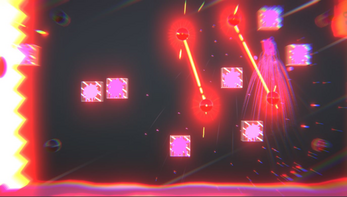 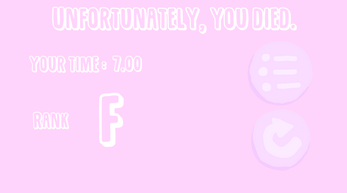